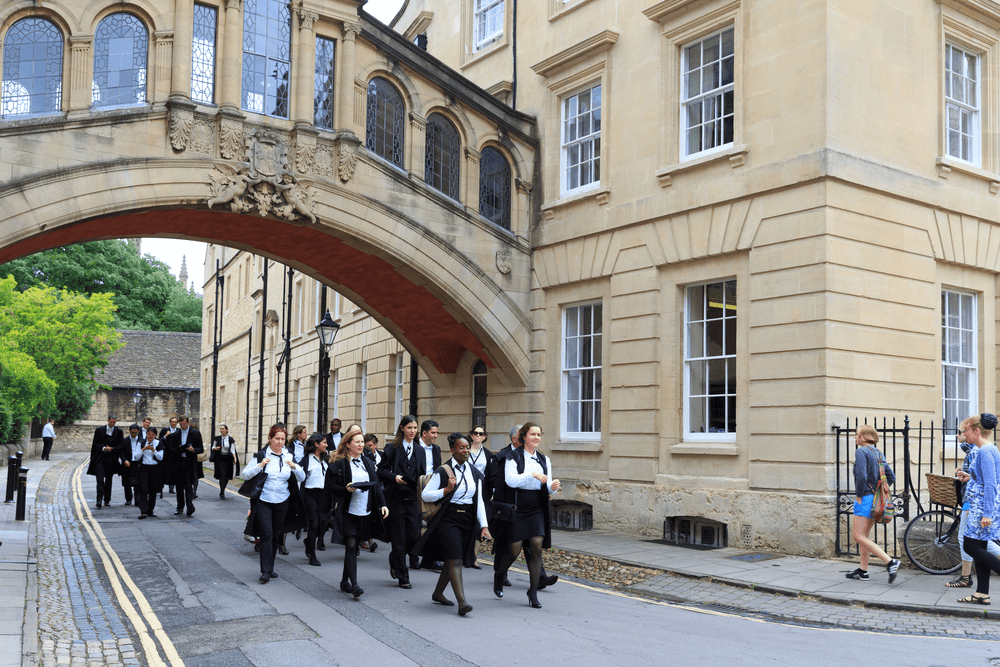 May Morning is an annual event held on May Day (May 1) in Oxford, United Kingdom. It’s a traditional joyous celebration of Spring and unites Oxford communities to dance, sing and revel from all over the town. This year May Morning Oxford 2019 will be celebrated on Wednesday, 1 May.

Oxford’s streets are empty on most early mornings. On 1 May, however, thousands of people gathered outside the college of Magdalen. This bulging crowd is due to May Morning’s 500-year old tradition when the Oxford Town of United Kingdom unites to participate in the Spring celebration – with a unique Oxford twist.

May Morning In Oxford: What does this event celebrate?

What is May Morning in Oxford? May Morning is an annual spring event in Oxford celebrated with singing, dancing, and revelry.  While other countries celebrate the first day of May as May Day across the world, Oxford’s celebrations are called May Morning and are especially lively and memorable.

May Morning is, as its name suggests, an early morning festival to celebrate the revival of nature with Oxford residents gathering outside Magdalen College in their own Oxford style to welcome the warm season.

All the best celebrations start at the crack of the dawn, so some Oxonians choose to stay awake on the last day of April to welcome 1 May when they first present their smiling faces. But if you prefer to sleep for at least a few hours, make sure you appear early enough to get a good view of Magdalen Tower for the May Morning festivities.

May Morning In Oxford: What happens & How celebrated?

How is Oxford May Morning celebrated? Beginning 5 am, crowds start to assemble on the bridge and the road below the Magdalen Tower in order to hear the Hymnus Eucharisticus singed by the Magdalen College Choir.

At 6 am the crowd takes their collective breath in order to hear the first notes from the tower ringing. The crowds are utterly silent when the clocks of the Magdalen College Tower ring an hour and the chorus from the tower serenades the town with a hymn called Hymnus Eucharisticus.

Benjamin Rogers, a Magdalen fellow, wrote Hymnus Eucharisticus in the 17th century and has been sung annually on May morning from the Tower. The soothing sound echoes all over the city and everything seems so calm and mind-calming. 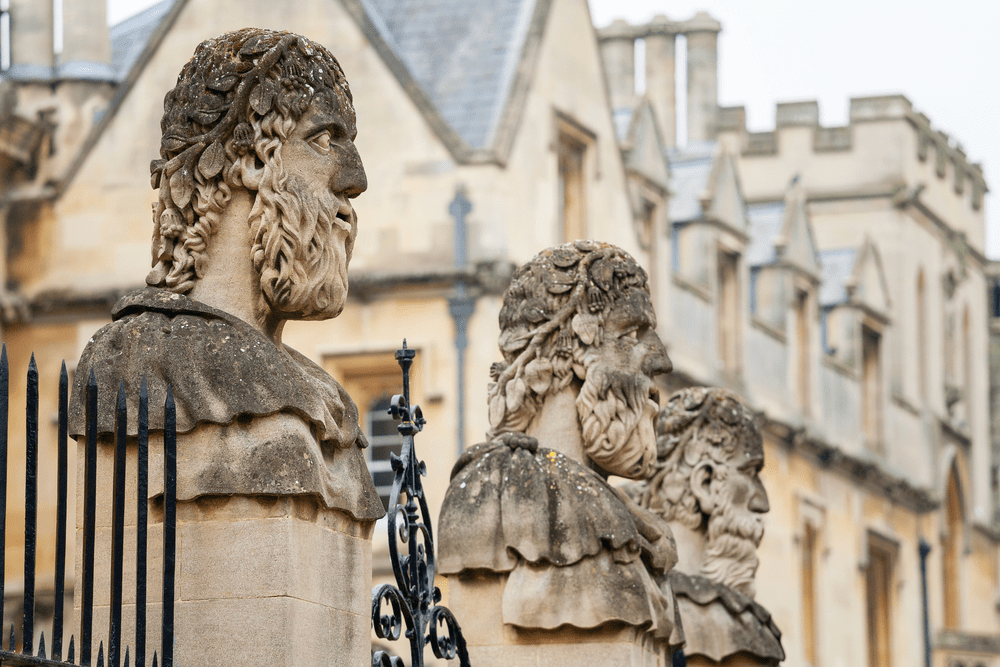 After the singing is over, Magdalen Tower bells ring for 20 minutes to announce spring arrival. The choir ends up singing at around 6.10 am and the bell ringing starts, ending twenty minutes later at 6.30 am.

This is followed by general revelry and events including morris dancing in Square Radcliffe, between the University church with the Radcliffe Camera. Despite the early hour, there’s a party atmosphere throughout the area.

Once these May Day formalities are over, the Oxonians go back to the town center to continue singing and dancing and enjoy breakfast at one of the many open cafes.

Other May Morning Celebrations Throughout The Oxford City

1). Morris Dancing on May Morning in Oxford – Soon after the formalities, Morris dancers flock into the city wearing matching outfits and belts strapped to their shins. They go around all the major places and dance in the streets.

Morris dance is a kind of English folk dance based on the choreographic and rhythmic steps of a group, usually accompanied by traditional folk music. Morris dancers sometimes use sticks or handkerchiefs to add rhythmic elements to their dance.

If you are interested in Morris dancing (and you can’t really miss it on May Day), then the place to go after your trip from Magdalen is Radcliffe Square, Broad Street, and Catte Street.

3). Low-Key Celebrations outside Anchor Hub – Traditionally, the Anchor pub on Hayfield Road is open from 6 am and morris dance outside until 7.30am. A May Ox appeared on the Aristotle Bridge for approximately 20 years. Although the Ox no longer appears now, more low – key celebrations continue outside the pub.

4). Oxford May Morning Celebration on The Hurst – On The Hurst, a forested hill near Cumnor, a May morning celebration is organized. At’ Botley May Morning ‘ crowds gather around 4.30am at the Arnold’s Way Parking and head to Hurst with readings, songs, dances, fire jumping and May Staff decorations. Organized by the local Morris side Armaleggan, the celebrations end at approximately 7 a.m. It has taken place since 1999.

5). Sometimes singers also appear on the roof of Folly Bride House in South Oxford and celebrate May Morning by singing spring melodies. 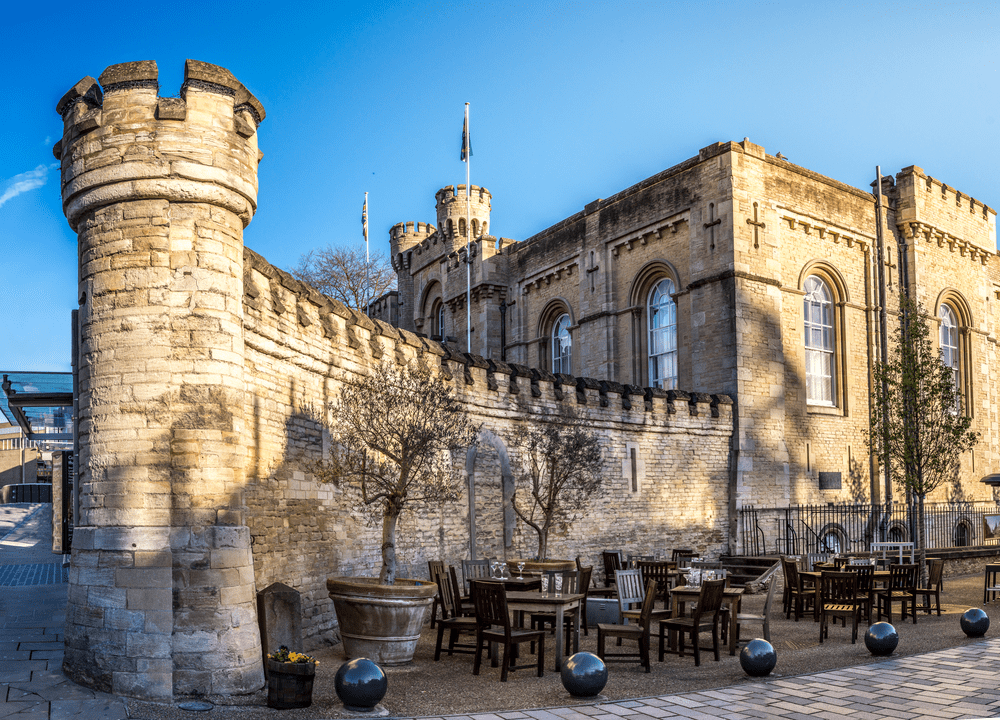 May Morning in Oxford: Who created this event?

What is the history of May Morning Oxford? May Morning was a centuries-long event in Oxford and it’s clear that at different times it has meant something else to different people. It was hailed because of its pagan, religious, and even patriotic importance, but many today are unaware of its past and are glad to celebrate it as one of the many ancient local traditions.

In fact, it would be fascinating to see how the events surrounding the festival continue to develop over time, as they remain a significant part of what gives Oxford some charm. Have a look at different historical festivals connected with the first day of May. All these ancient celebrations of May Day have ultimately led to the creation of May Morning in Oxford:

1). May Day was once welcomed by secular songs and a lot of celebrations devoted to Flora, the Roman deity of flowers. Celebrated by the end of April, the Roman flora festival, the goddess of flowers, marked the arrival of the summer.

2). The tradition of Magdalene dates back to 1695 when Anthony Wood, the great journalist in Oxford, first recorded that ritual to the summer: “According to an ancient tradition, the Choir Ministers of this Chamber greet Flora every year at 4 in the morning, with multi – stringing music on the first day of May.

3). It is doubtful whether Flora hymn in Oxford was a custom which came from the Roman times directly. But Flora made a strong appeal to humanists of the Renaissance who revived the goddess in painting and verse with their enthusiasm for classical motifs. Their passion and enthusiasm have been passed on to popular tradition.

4). It was a common practice to sing from the top of the church towers in Renaissance Europe. In addition to Magdalen, the New College held its own May Day at the beginning of the 17th century. Anthony Wood describes how a procession to St Bartholomew’s Hospital along Cowley Road followed the New College’s singing of ‘ lords and ladies, girls of fifes, flutes, and drums to greet and praise the great deity Flora with dancing and music. ‘

5). The first day of May is celebrated in honor of the seasonal rebirth of vegetation since ancient times. The Celts observed Beltane while the Romans had their Floralia and the Germanic nations had their Walpurgisnacht Festival.

6). The earliest reports are mainly about the practice to go out into the countryside to collect flowers and greenery and to ‘ bring them into May. ‘ Branches and blooms were used for the decoration of houses and public buildings, making the season so welcoming.

May Morning in Oxford 2019: Schedule of Events & Timings

The 2019 May Morning Oxford will take place on Wednesday 1st May.

On Wednesday 1 May 2019 the celebration will start at 6:00 a.m. and Hymnus Eucharisticus will be performed by choral singers from Magdalen College Choir from the Great Tower. After that, the bells will ring for about 20 minutes throughout the town.

The chorus starts at 6 am and we advise you to arrive at the bridge between 5 am and 5.30am, to find the perfect viewing spot. The chorus will end singing at approximately 6:10 am and the bell ringing will start.

At approximately 6.30 am Bell will finish ringing to signal the event’s completion. The Magdalen Bridge will be live filmed and streamed. 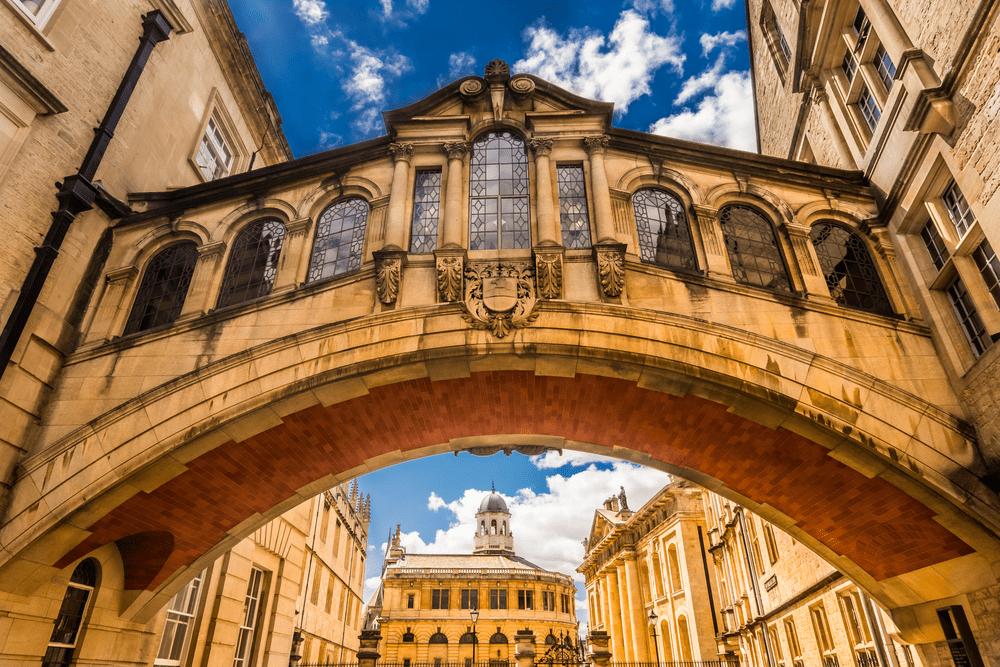 In 2019, May Morning activities and events will be held throughout the city including the dancing of Morris Men in Radcliffe Square, Catte Street, and Broad Street. There are many restaurants and bars throughout the city, including in downtown and East Oxford, where guests can enjoy breakfasts.

Some Interesting Facts about May Morning Oxford

With everyone excited about this spring event and the traditions of Oxford, you will be quickly involved in the the the whirlwind of events and jolly celebrations. So wake up, go outside to have fun with the rest of Oxford celebrating the warmer weather – Happy May Morning!