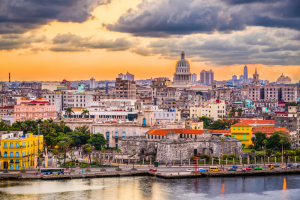 Cuba is officially called the Republic of Cuba. It is located in the Caribbean Sea and consists of Cuba Island, Isla de la Juventud Island, and many other smaller islands. It is in the south of Bahamas and Florida, in the east of Yucatán Peninsula, north of Cayman Islands and Jamaica, and west of Haiti. The people here are called Cubans and Spanish the official language here. Havana is the capital and the largest city as well. The other cities of Cuba are Havana, Santiago de Cuba, Camagüey, Holguín, Guantánamo, Santa Clara, Las Tunas, and Bayamo.

Triumph of Revolution in Cuba

January 01, , is celebrated as Triumph of Revolution in Cuba every year. This day commemorates the victory of the revolution led by Fidel Castro in 1958, learn more…

The victory of Fidel Castro in Cuba

January 02, , is celebrated Victory of Fidel Castro in Cuba. This is held to commemorate the victory of the Cuban Revolution which was conduct by Fidel Castro, learn more…

April 02, , will be celebrated as the Good Friday in Cuba like the rest of the world. It is purely a religious event for the Christian community and celebrated before Easter Sunday, learn more…

Labour Day is held on May 01, ,  in the world and in Cuba as well. This day is celebrated to give tribute to the services of workers, learn more…

Each year, July 26th, is celebrated as National Revolution Day in Cuba. On this Day bands of rebel overthrow the government by attacking military barracks, learn more…

October 10, , is celebrated as the Independence Day of Cuba. This day commemorates the ten years of war against Spain, learn more…

December 25th is Christmas day in Cuba just like the rest of the world. This day is celebrated with joy and festivity, learn more…

In Cuba, Boxing Day is held on Thursday 26th December . This day is special for the servants when they receive gifts from their masters as a Christmas Present also known as Christmas Box, learn more…

December 31st a day before New Year is celebrated as New Year’s Eve in Cuba. They celebrate this occasion with lots of parties and really heavy fireworks, learn more…

Fact and Figures about Cuba

All the facts and figures about Cuba are mentioned below. If you want to know anything about them then take a look below.

The capital city of Cuba is Havana and with the area about 781.58 sq. A kilometer is the largest city in the country. The total population is consists of 2.1 million individuals.

Miguel Díaz-Canel is the present president of the Republic of Cuba. Under the constitution, the president holds the second most powerful position in Cuba.

In 2017, the estimated population of Cuba was about 11.48 million which is equivalent to 0.15% of the world’s total population. It is ranked at 82nd position in the most populated countries of the world.

The current flag of Cuba is consist of five stripes of alternating blue and white color along with an equilateral triangle of red with one five-pointed located in the center of the triangle. 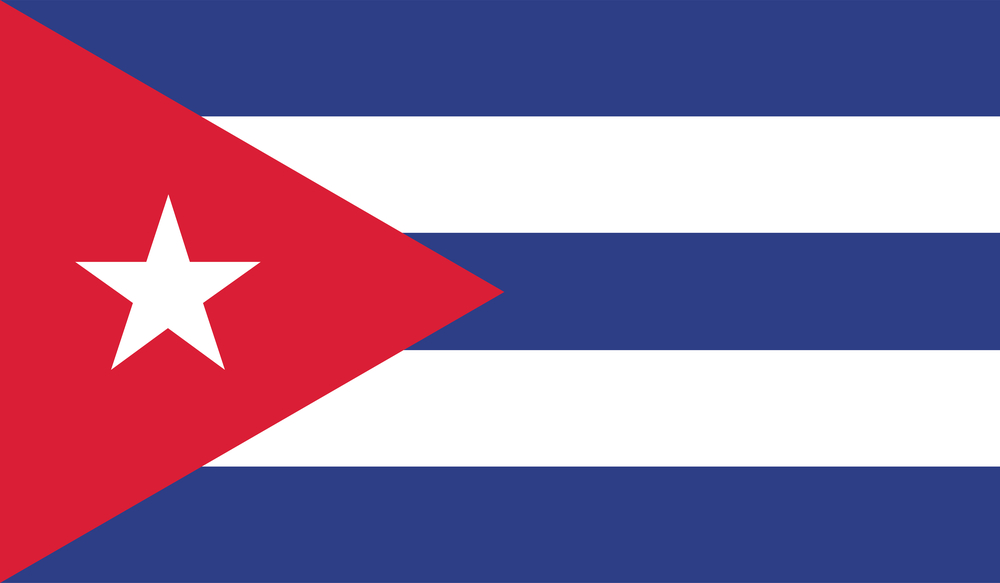 The national currency of Cuba is Cuban Peso. The official code for the currency is CUP and the most commonly used symbol are $, $MN, or ₱.

The majority population is related to Christianity in which 60% are Roman Catholics and 5% are Protestants. While the other 11% are African Spiritual, and 24% are Non-religious.

The international dialing code of Cuba is +53.

The most loved sport in Cuba is Baseball, while other sports such as Basketball, sailing, volleyball, trekking, boxing are also played here.