For most people, Nowruz (or the Persian New Year) means celebrating New Year, exchanging gifts, setting the Haft-Seen, and most importantly time spent with family. But why is spring equinox on March 20 or March 21, considered Nowruz? And how did the Nowruz festival start in the first place?

Nowruz is the name of the Persian New Year, the Iranian New Year, and the Afghan New Year. The day marks the beginning of spring and the end of winter.

Nowruz is celebrated the exact moment of vernal, spring, or March equinox which usually occurs between March 19th and March 21st, every year. According to the Iranian calendar, the day falls on Farvardin 1 – the first month and first day of the Iranian Calendar.

Nowruz is a Persian name of the Persian New Year. It is a combination of two words: Now meaning New, and Ruz meaning Day, which when combined together means “New Day“.

The Persian New Year is widely celebrated in regions which were once part of the Persian Empire. In the course of the most recent thousand years, Nowruz has developed and extended, fusing new social, religious and social influences as it spread along the Silk Roads.

Norooz was officially enrolled on the UNESCO List of Intangible Cultural Heritage of Humanity in 2009. The day is said to promote harmony, solidarity, love, and is expected to be stacked up with tasty dishes, new garments, and quality time with loved ones.

Want to learn more about Nowruz? Click Here to read:

What is Nowruz & Why Nowruz is Celebrated

Different scholars and historians have mentioned different stories behind the celebration of Nowruz. Between the Persian myths of King Jamshed, ancient farmers and Zoroastrianism origins, the mystery of Nowruz are unsolved.

Here we have shared the most famous and widely accepted historical references and stories of Nowruz or the Persian New Year. Although people of different religious communities and nations have their own Nowruz customs and traditions, the main underlying feature of celebrating Nowruz is same which is: welcoming spring, spreading love and peace, feasting, and exchanging gifts.

1). The Legend of King Jamshed & It’s Connection With Nowruz

Nowruz is connected with a great assortment of local traditions and customs, including the legend of Persian King Jamshed. Right up ’til this day in Iran, Nowruz festivities are known as Nowruze Jamshedi.

What is the history of Nowruz? According to the myth, during King Jamshed’s regime, people were happy, there were no diseases, crime and poverty rate was zero, and everything was in great condition. However, the only thing that created trouble was the extreme freezing climate in the region which killed several living creatures and limited agricultural activities.

In order to defeat the cold climate, King Jamshed constructed a throne of precious pearls and gems and put on a crown decorated with jewels. He had demons raise him in a chariot high into the sky, where he sat shining like a bright sun, a feat that so stunned his subjects that they built up a celebration on that day.

Seeing King Jamshed shining like a sun, brought so much happiness to the people and they claimed this day: Nowruz meaning New Day. The event occurred on the first day of the Iranian calendar month of Farvardin, and the festivities continued for several days, in which King Jamshed’s nation celebrated the New Year, the revival of nature, and the arrival of spring.

According to some historians, some of the Persian New Year’s earliest origins lie in Zoroastrianism, marking Nowruz one of the sacred days on the ancient Zoroastrianism Calendar.

The end of winter and arrival of spring meant incredible spiritual significance and represented the triumph of good over evil, victory of happiness over distress, and win of unity over division.

In particular, the Spirit of Noon, which was believed to be disappeared by the Spirit of Winter amid the cold climate, was welcomed back with great excitement on the day of Nowruz as per Zoroastrian tradition.

What’s the Kurdistan history of Newroz? In Kurdish legends, the day of Nowruz marks the success of Kaveh the Blacksmith (a prominent Iranian figure). It is believed that on the day of Nowruz, Kawa’s uprising against the ruthless foreign ruler Zaha got successful and he was able to liberate his innocent people from Zahak’s cruel rule.

Zahak was a cruel Assyrian ruler who ruled Iran for one thousand years and had serpents growing from his shoulders. Zakah’s evil rule made spring never again come to Kurdistan. During his regime, two young boys were sacrificed every day and their brains were given to Zahak’s serpents so as to lighten his plain. 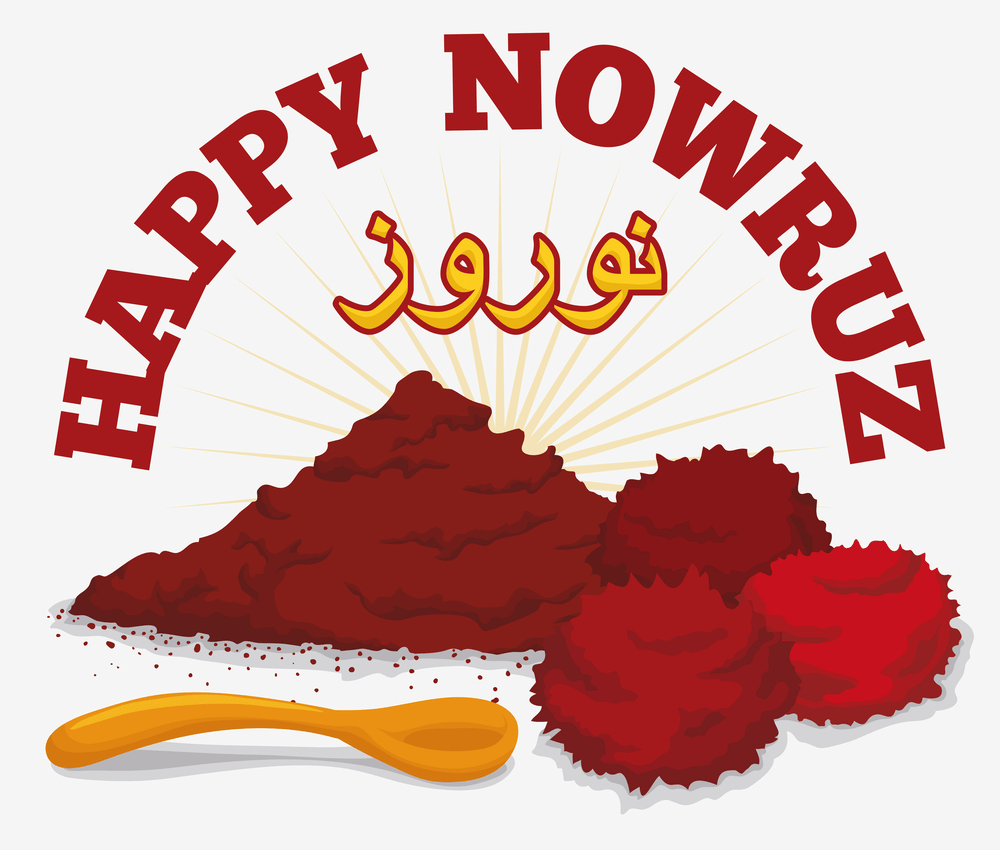 However, the person who was given the task to sacrifice two men every day would rather kill just a single man a day and blend his brains with those of a lamb so as to spare the life of the other man.

As discontent developed against Zahak’s harsh rule, the aristocrat Fereydun arranged a revolt. The revolt was driven by Kawa, a blacksmith who had lost six children to Zahak.

The young fellows who had been spared from the fate of being killed were prepared by Kawa into a military that walked to Zahak’s fort where Kawa murdered the merciless king Zahak with a hammer.

Kaveh is said to have then set bonfires to the mountains to commend the triumph and call his supporters; spring came back to Kurdistan the following day.

Today, Newruz in Kurdistan is celebrated as the day when Kawa the Blacksmith defeat Zahak. The lighting of the flames has since turned into a symbol of freedom and today it is a Kurdish tradition to leap over bonfires at Newroz.

4). The Happiest Day for Ancient Farmers

What’s the history of Iranian New Year? Another story behind Nowruz celebration today is its strong association with the ancient Iranian farmers. Many centuries back, a majority of Iran’s population was depended on agriculture. During the winter season, the agriculture activities used to come to a halt.

At spring equinox (between March 19 and March 21), ancient Iranian farmers would celebrate the arrival of spring and end of winter season. Farmers would happily meet up together for agricultural activities.

The celebrations were held every year by ancient farmers, and soon it became popular among masses.

What is the history of Eid-e-Norooz? Nowruz is a famous festival among Shia Muslims, who celebrate the holiday as Eid-e-Norooz. The day holds great importance for them, as the first Shia Imam, Hazrat Ali was born on Norooz, March 21, 600 A.D. It is also believed that Imam Ali assumed the office of the caliphate on the day of Nowruz.

The 6th Shia Imam, Imam Jaafar, is said to have maintained the Norooz Festival with the remembrance of the divine. This tradition is viewed as important by many Shias, especially Shia and Ismaili Muslims in Pakistan and India, where they observe the day by fasting and distributing food.

It has also been said that Musa al-Khadim, the seventh Twelver Shia imam, has laid emphasis on the importance of Nowruz by saying:

“On Nowruz, God made a covenant with the souls before creation to worship Him and not to associate any partners with Him. Nowruz is the day when the universe started its motion and the flowers appeared on Earth. Angel Jibrael appeared to the Prophet Muhammad on this day. Abraham destroyed the pagan idols that were worshipped by his ancestors on this day. This is the day when Prophet Muhammad took Ali on his shoulders to break 360 idols in Mecca.”

According to another Shia Muslim story, a bowl of Falooda (a sweet milk dessert) was sent to Imam Ali on Nowruz day. When he found the reason behind this sweet gift, he expressed: “May each day be Norooz then“.

As per another Shia custom, Salman Farsi converted to Islam on Nowruz and he used to distribute food on this day for Prophet Muhammad and Imam Ali.

The day whereupon Nowruz falls has additionally been proposed as a day of fasting for Twelver Shia Muslims by well known Shia researchers, including Ali al-Sistani, Abu al-Qasim al-Khoei, and Ruhollah Khomeini.

Do you know? Nowruz in Afghanistan is celebrated as Afghan New Year. Read:

What is the history of the Haft-Seen Nowruz Table?

Today, Nowruz is symbolically celebrated by decorating a table known as the Haft-Seen, with seven different items. The history of Haft-Seen goes back to the time of ancient Zarathushti in Iran, who used to lay on table seven different trays consisting of various items that were available to the family. 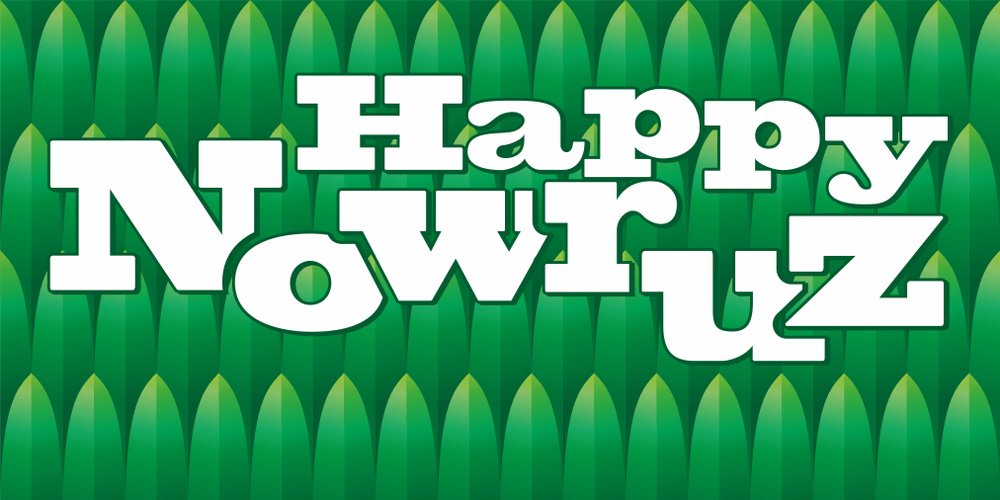 The greater part of them stood either as an indication of thanksgiving for its abundance in the previous year or for a wish for its wealth in the future. Of significance were the seven trays (Seene). Today the Haft-Seen table in Iran is decorated with seven things that begin with the letter Seen (S) in Farsi.

The genuine importance of seven was to represent the “Seven Eternal Laws“, which epitomizes the Teachings of Zarathushtra. It was a method for protecting and a reminder of the Zarathustra’s teachings.

Nowruz History: A Summary Of The Complete Background Of The Persian New Year

Nowruz, also known as the Iranian New Year or Persian New Year, is celebrated by people belonging to various religions and societies. Some celebrants claim that it’s the 5000th time they are observing Nowruz, while some history experts claim that Nowruz has been celebrated for over 15,000 years, quite a while before the establishment of the Persian Empire.

Want to learn how Nowruz is celebrated? Click here to read:

So this was the complete history of Nowruz, Persian New Year, Iranian New Year, Afghan New Year, Eid-e-Norooz, or whatever you call this day. This is the most in-depth and easy to understand Nowruz history. Hope now you have understood what Nowruz is all about!