The National Pepper Pot Day is celebrated every 29th of December each year. This day gives recognition to pepper pot – everyone’s favorite soup. Though this is an unofficial holiday, it gives honor to pepper pot which is a popular stew that has been associated with the army of George Washington during the American Revolution. If you are a fan of pepper pot, then you must not miss out on the celebration of this event.

About the National Pepper Pot Day

During National Pepper Pot Day, people conduct various activities that let them achieve the objectives or purposes of the celebration. For one, try to make their own pepper pot at home. Other people prefer to dine in a restaurant that serves some delicious pepper pot. People also shout out on social media how they are participating in the celebration of the event. 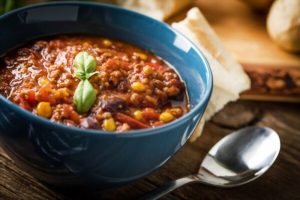 Pepper pot is also sometimes called the Philadelphia pepper pot. It is usually made from vegetables, tripe, and pepper. It has been long associated with the American Revolution – the soup that made George Washington’s army win it. Back in those days, the farmers decided to sell their food to the British, which created a shortage of food for the army. The cooks in the army then had to find something that they could cook and feed to the soldiers. What they for was the pepper pot.

Reportedly, George Washington asked the chef of the army to give them a meal that would warm them up and boost their morale. The cooks then prepared small bits of tripe, meat, some peppercorn, and some other ingredients. The chef called this pepper pot soup. This soup may have been effective since the army was able to win the war of the American Revolution.

With only a little bit of knowledge about the origins of pepper pot, even less is known about the history of the National Pepper Pot Day. We don’t know when, where, and how it began. We also don’t have a clue as to who founded it. But still, we can make a good guess as to why such an event was established in the first place. Perhaps a person or a group of people thought that pepper pot is much loved by the people. They must have then thought that it deserves a spot in the list of food holidays celebrated every year.

As mentioned earlier, the National Pepper Pot Day is celebrated every 29th of December each year. This means that the dates of celebration for this event are as follows: 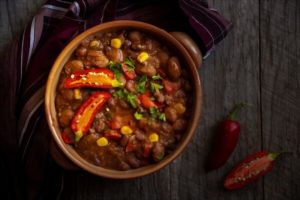 The following are the best things to do to make your celebration of the National Pepper Pot Day as best as it can be. This event, according to people, is just as fun as celebrating National Greasy Foods Day.

Obviously, the best thing to do during this celebration is to cook delicious pepper pot. To do that, you can follow the steps below:

Eat Some Pepper Pot in a Restaurant

If you don’t have time to make your own pepper pot at home, then you can just eat some in a restaurant. This would be better if you can invite your family and friends to fine with you.