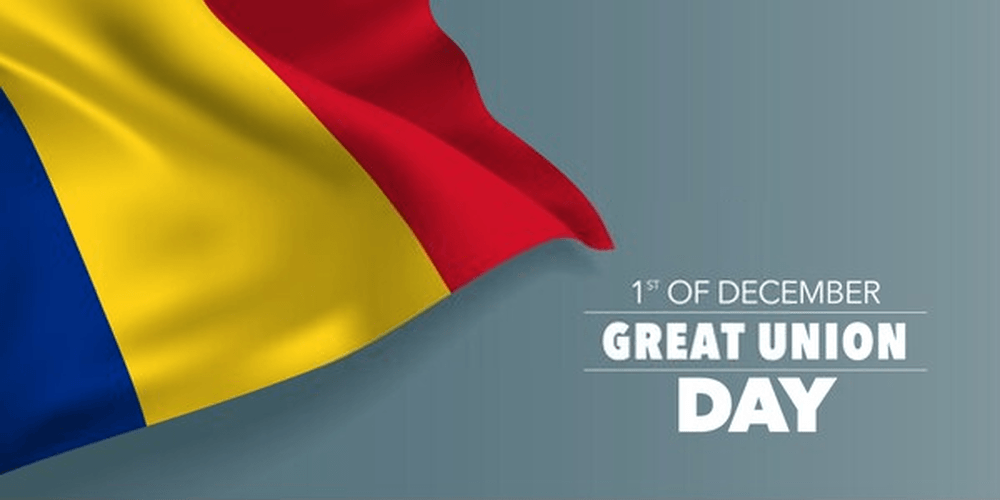 Celebrated every year on December 1, Romania National Day or Great Union Day is a public holiday in Romania that commemorates the 1918 unification of Romania – made of Moldova and Wallachia at the time – with Transylvania, Bessarabia, and Bukovina regions.

Nearly 100 years back, Romania was able to meet one of its best dreams – to combine all of the states in which the Romanians were in the majority with the Romanian Kingdom of the time. This special moment is today remembered as the Great Union of 1918 and celebrated annually on December 1 in Romania. Military parades and several other events are organized in towns across the nation with all eyes on the capital Bucharest and also the town of Alba Iulia – where the Great Union declaration was signed.

What Does Romania National Day Celebrate? – On 1st December 1918, over 100,000 Romanians gathered in the city of Alba Iulia, as they watched Romanian leader Vasile Goldis announce Romania’s unification. Under the rule of King Ferdinand I, the Old Romanian Kingdom combined with Transylvania and other neighboring lands, nearly doubling the size of this Eastern European country. Today Romanians spend this day in honor of this unification that happened 100 years back.

Romania’s National Day marks the nation’s unification in 1918. Romania’s full independence was established in 1878 but it wasn’t till December 1, 1918, in the city of Alba Iulia, when Romania – made of Moldova and Wallachia – was united by Transylvania, Crisana, Banat and the Maramures region.

The unification occurred in Alba Iulia, where the “declaration of unification” was read at a public event, attended by over 100,000 Romanians. The declaration was read by Vasile Goldis, a Romanian academician and politician.

Throughout the history of the Nation, the National Day of Romania was celebrated on the 10th of May, 23rd of August, and the 1st of December. December 1 was selected as the official date of Romania National Day, following the collapse of the Romanian Communist Party and Soviet in 1990.

National Day is a public holiday in Romania with banks, public offices, and private businesses observing a day off. Speeches are made in Bucharest and Alba Iulia, the areas where the unification declaration was first read-out.

To commemorate Great Union Day, tens of thousands of proud Romanians brave the freezing temperatures and gather to watch tanks and military parades.

Military parades are being arranged around the nation, the armed forces marching in their very best uniform and carrying the nation’s flag. Army bands combine the parade and the roads of the country echo from the special sounds and beats of the Romanian National Anthem and patriotic songs.

Normally, the ceremonies occur in the very first portion of the day, somewhere around noon becoming over. In Bucharest, the capital of the nation, you may see the biggest military parade of the country. The infantry, mounted drives, tanks, and several other military forces and vehicles march around the roads of the town, in an organized manner. It’s fairly spectacular to see all these military force departments and their advanced armory exhibited all at the same time.

Following the parade, people gather with friends and family to celebrate together. They prefer to go shopping, spend some time with the family, meet for dinner, or perform any action to enjoy their holiday.

In the past several years, various city halls prefer to arrange concerts, game shows, and family festivals to celebrate the day.

The Romanian flag is raised and flown on National Day in Romania. The flag is a tricolor blue, yellow, red, with colors organized in vertical stripes of equal dimensions. The 3 colors represent 3 Romanian provinces — Wallachia (yellow ), Moldavia (red), and Transylvania (blue).