Bolivia officially the Plurinational State of Bolivia is a country in central South America, with a varied terrain spanning Andes Mountains, the Atacama Desert, and Amazon Basin rainforest. 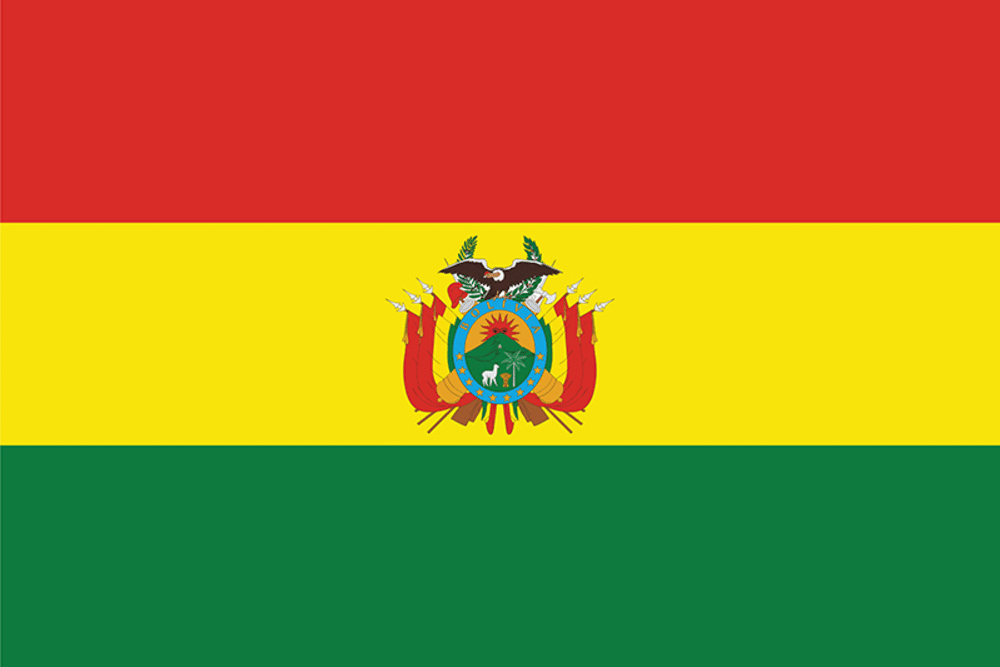 The capital of Bolivia is Sucre while the government seat is La Paz. Sucre was known as La Plata and was proclaimed provisional capital of the newly independent Alto Peru.

The current Prime Minister of Bolivia is Evo Morales who joined the office since in 2005 and reelected in 2009 and then in 2014.

The national flag of Bolivia is a horizontal tricolor of red, yellow and green with the Bolivian coat of arms in the center. The state flag was originally adopted in 1851.

There are several religions living in Bolivia with the majority of Roman Catholic with a scattering of other protestant groups. Indigenous Bolivians have adopted Catholicism and their traditional religious beliefs as well.

Currently, there are more than 40 Airports but the majority of them are not operational. The operational airports are Tarija Airport, Viru Viru International Airport, Capital Anibal Arab Airport, Riberalta Airport and Sucre Airport.

Bolivia is a country with natural beauty and has become the hottest spot for Latin Americans. Not popular for mass tourism but a large number of people visits the top destinations of Bolivia including Salar de Uyuni, La Paz, Sucre, The Death Road, Lake Titicaca, Rurrenabaque, Madidi National Park, Potosi and many more.

Bolivia occupies a large chunk on earth of 1,098,581 square kilometers which is equivalent to 424,164 square miles and ranks at the 28 number due to the large piece of land.

There are many sports that are played in Bolivia. Among the most popular ones are Football, Soccer, and basketball.